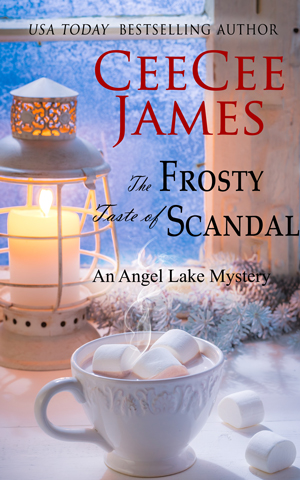 The Frosty Taste of Scandal

Elise Pepper has had her share of bad dates, but she’s never had a dead body crash one before. Mr. Hamilton, the renowned Ice-man, purveyor of shady mortgages does just that when Elise finds him dead at the ice-rink. The scene of the crime is no coincidence, either. The Ice-man meets an icy end. And a freak power outage is only impeding the police.

When Elise’s coworker, Sue, begs for help, Elise is surprised to discover Sue was related to the man. And her family is fighting over his will and the appearance of an illegitimate son. It doesn’t take long to discover everyone in town had reason to benefit from the banker’s death.