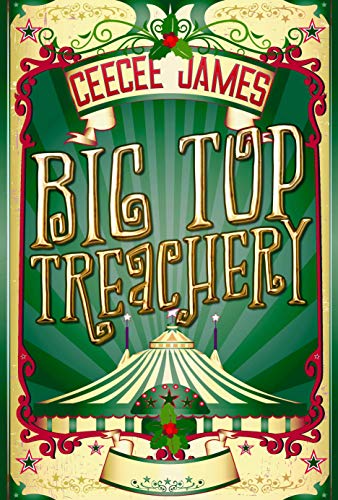 Christmas at the Circus!
What if the holly berry meant more than a cozy Christmas tradition? When Trixie, billed by the Concello circus as the world’s smallest Lady Godiva, finds a large ruby on the circus grounds, she thinks she’s one of the luckiest people on earth. Until she learns the stone’s past is stained as holly-red as the jewel itself.

When the police get involved, suspicion is cast not just on Trixie, but on her other friends at the circus.   The pressure is on with Trixie getting threats from an anonymous source. When the calliope player is murdered, Trixie knows the threats she has been receiving aren’t just to scare her… she’ll be the next to die if she can’t find out the truth about the stone and unmask the murderer.